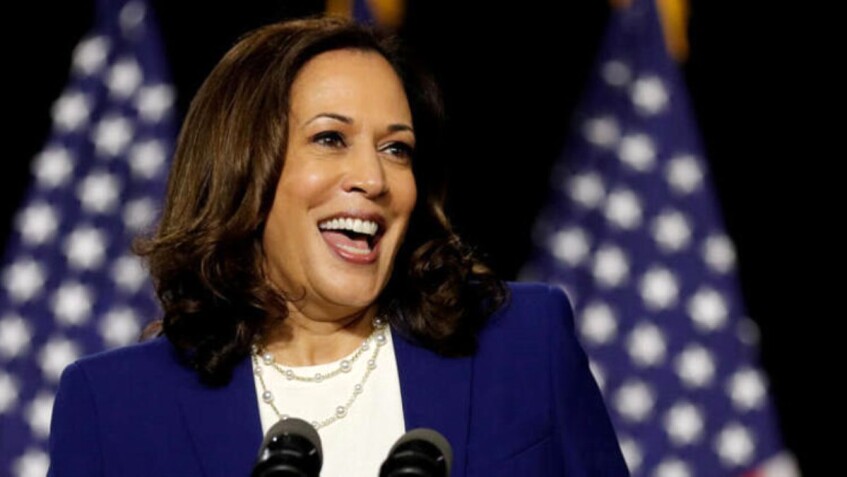 After the announcement that Joe BIDEN had won in Pennsylvania, Harris called Biden and gave the good news. “We made it, Joe. You’ll be the next president of the United States.”

As a result of the tense US Presidential elections, which ended on November 3rd, 2020, Democrats’ candidate Joe BIDEN became the 46th President of the USA.

Increased willingness of the traditional voters of the Democratic Party, educated population, anti-racists, blacks and foreigners in the election (especially by votes casted as letters) to participate in elections in comparison to past, was a natural consequence of the antipathy toward Trump, which was now unbearable for at least half of the society.

Stating that ‘’he was presidential candidate who received highest number of votes in history’’, Biden said in his victory speech, “The people of this country have spoken and gave us a clear victory; I will be a president that unites, not divides. I do not see ‘red’ or ‘blue’ states, I only see the United States, the African-American community was always behind me, now I will be behind them”. Biden also mentioned the losses in the coronavirus epidemic and emphasized that they will work to end the epidemic.

Overall, we can say the following regarding the new period:

After the Trump era, who’s been an extraordinary figure, a new process will begin for the USA and the world. While partial and minor changes in foreign policy standing are expected, significant changes in general approaches and methods are expected for US policy behavior. It seems that the primary target will remain as China and the focus of operations will be Asia.

A controlled period of softening in relations with Iran can be expected.

Instead of the isolationism and solitariness, a posture that is strong with alliances will be wanted. Efforts will be made to win over allies that were lost, led to feel resentful, and skeptic under Trump administration. Relations with Europe will be restored.

We can say that the Pentagon headquarters and intelligence agencies will work more comfortably by getting rid of uncertainties in foreign policies and their sub-projects.

On the other hand, there are also expectations that relations involving “different” methods can be developed with some totalitarian administrations, such as Saudi Arabia, with whom Trump had close relations with.

In terms of domestic politics; we can say that social policies, which are required to develop unifying discourses, will be emphasized and the fight against the Covid-19 pandemic will be continued more effectively in order to eliminate the fragility created by the extremely polarized social segments and to take measures against the fragilities in the domestic structure.

Now, I would like to share a different perspective: Biden, who was the vice president of the previous two terms under the Democrats, became the new president of the United States; but we can say that although the election has just ended, the new Vice President also attracted a lot of attention: Kamala HARRIS.

Her speeches and posts attracted a lot of attention. First of all, we should mention that she has a charismatic stance. She uses her body language naturally and correctly; it makes an intelligent, equipped and dynamic impression. It appears that, she is ‘’the future president’’ of the next term, if there won’t be an extraordinary advance. Maybe even earlier in case of extraordinary developments.

For those who don’t know, it’s worth to have a quick-look at Kamala HARRIS’ biography. Harris was born in Oakland, California, to a father of Jamaican descent (Donald J. HARRIS) and an Indian mother (Shyamala GOPALAN). Her mother, Shyamala GOPALAN, a biologist who wanted to work in breast cancer research, came to the United States from India in 1958 as a 19-year-old graduate student. Her father, Donald J. HARRIS, came to the USA from Jamaica for his graduate studies in 1961 and received a doctorate in economics in 1966. He later became a retired economics professor from Stanford University.

Raised in a mixed culture, Kamala and her sister Maya were being taken by their father to the Afro-American church and singing in the church children’s choir, while they were also being taken to a Hindu temple from time to time by their mother.

Her father and mother were divorced when she was seven years old. Kamala and her sister Maya moved to Montreal, Quebec, Canada with their mother when they were twelve, for the reason that their mother was offered a research and teaching post at McGill University’s Jewish General Hospital. Kamala also learned Judaism there. She graduated from the French-speaking Notre-Dame-des-Neiges elementary school in Canada and then Westmount High School in Quebec in 1981.

She completed her university education at Howard University in Washington D.C., which is known as the educational institution of African descent people. She graduated from Howard in 1986 with a degree in political science and economics. While at Howard, she interned alongside senator of California Alan CRANSTON, and led the economics community and the debate team.

Harris then returned to California to join the University Of California Hastings Law School through the Legal Education Opportunity Program (LEOP). While in Hastings, she served as chairman of the branch of the Black Law Students Association. She graduated in 1989 and was admitted to the California Bar Association in June 1990. In the same year, she started working as an assistant district attorney in Alameda County.

She served as San Francisco District Attorney General from 2004 to 2011.

In 2005, the National Association of Black Prosecutors awarded Harris the “Thurgood Marshall Award”. That year, she appeared with 19 other women in the Newsweek report, which profiled “Twenty of America’s Most Powerful Women.”

In 2006, Harris was elected vice chairman of the Board of the National Regional Lawyers Association and was appointed to co-chair the “Corrections and Reentry Committee”. She was also elected co-chair of the “Sexual Offenses Committee” of the California District Attorneys Association. In the same year, Howard University awarded Harris the “Outstanding Alumni Award” for her successful work in law and public service.

She was named one of the “34 Lawyers of the Year” by California Lawyer magazine in 2008. A New York Times article published later that year described her as a woman with the potential to become the president of the United States and highlighted her reputation as a “tough warrior.”

In 2010, California’s largest legal newspaper, The Daily Journal, named Harris as one of the 75 greatest female plaintiffs in the state and one of the top 100 lawyers in the state.

Between 2011 and 2017, she served as the attorney general for the state of California as the first black woman to hold this position in two terms.

In 2013, Time magazine mentioned Harris in the “100 Most Influential People in the World” list. In 2016, the Bipartisan Justice Center gave Harris the “Justice Award” together with Senator Tim SCOTT.

In 2014, she married lawyer Douglas EMHOFF and became the stepmother of Emhoff’s two children from a previous marriage. When she married Emhoff, due to her Indian origins, she placed a flower garland around her new husband’s neck and smashed a glass to respect the Jewish faith, as per tradition.

She was elected from the Democratic Party as ‘’Senator of California’’ in 2016.

Harris was also awarded the ECOS Environment Award in 2018 for her work and leadership in environmental protection.

Harris, who maintained contact with her Indian close relatives throughout her life and visited her father’s family in Jamaica, also attracted attention with her commitment to her origins.

She ended the presidential candidacy campaign that she started in the Democratic Party in December 2019 and announced her support for Biden in March 2020.

Kamala HARRIS, who is clearly seen as a portrait, passionate, ambitious, hardworking and successful in every period of her life, is the second Vice President of non-European ancestry, following Charles CURTIS, who served with President Herbert HOOVER from 1929 to 1933, she will go down in history.

According to Harris’ own statements, the name Kamala comes from Sankristian and its meaning is Lotus flower. The lotus flower, which can emerge as a beautiful flower even when its roots are in the dirtiest waters, was also a symbol of purity and enlightenment. In one of her mother’s statements, it is said that Kamala’s middle name is Devi, that Devi means goddess, and that she encouraged Kamala and her sister Maya to “believe in the empowerment of women.”

Kamala HARRIS said in her victory and thanks speech that her mother came to the USA from India at the age of 19 and believed in the ideals of the country of possibilities. Explaining that her mother was looking forward to the day when a female vice president could take charge, Harris said that the struggle of black, Asian, white, Latin and indigenous women makes this possible today. Speaking about the struggles and achievements of women in the last hundred years, Harris emphasized that she took this seat thanks to “their struggle, determination, and the power of their vision.”

It is obvious that Harris’s impressive story, personality, capacity and abilities will be evaluated by the US state structure. It can be said that Harris will be a phenomenon in the US for those of different origins who want to be equal citizens, Asian descent, Afro-Americans, women, law advocates and a large sum of people who are devoted to their ideals. On the other hand, we can say that Harris will provide important short and medium-term opportunities for the Asian countries, especially India, to play the card more effectively in the economic and political power struggle being carried out by the USA against China.

From the perspective of Turkey;

We need to remind that the previous discourses and attempts made by Harris, who became senator of California in 2016, to benefit from the power of the Armenian diaspora, should remain in the past, and in her new duty, which has a great responsibility and weight, old political approaches and words should be replaced by historical facts.

Reading and benefiting from the life and achievements of Mustafa Kemal ATATÜRK, the greatest leader of the 20th century, will contribute to Harris’ leadership and vision. The cost of uniqueness is a great one.