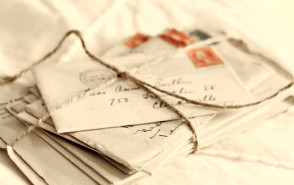 ARMENIAN DEPORTATION IS NOT A GENOCIDE!!!

“The fact that there had been massacres ( of Armenians) is obvious and clear. Everyone agrees on this. Essentially, nobody denies this fact. The important issue here is to define it ( as a genocide or not ). We will discuss this issue at meetings within our party to reach a decision jointly at the end of these discussions and will declare our decision openly” said the newly appointed Minister of European Affairs Ali Haydar Konca of the HDP Party, of the newly established government which will rule until the Nov. 1st, 2015 elections, at the press meeting on his first day as Minister of European Affairs.!

As far as it is known, Prime Minister Davutoglu has maintained his silence to the above statement of the Minister of European Affairs of the Republic of Turkey.! One wonders whom his excellency Mr. Minister has implied when he said” Everyone agrees on this”? I certainly do not agree on this. Neither does Prof. Justin McCarthy who spoke at the Symposium on the Imperialism and the Armenian Issue, organized on April 18, 2015 in Ankara which I also attended! Recognized worldwide in the Ottomans, the Balkans and the Middle East issues and authored such books as” the Muslims and the Minorities: the Population and the End of the Ottoman Empire “, “Death and Exile ” and ” The Ethnic Cleansing of the Ottoman Muslims”, Prof. McCarthy said during the interview he gave to Ms. Tugba Ozgur Durmaz of the AA (Anatolian News Agency ) on April 2014 that he looked into the matter years ago while researching on the issues such as the population of Anatolia, the population pictures before and after the First World War in Anatolia and that he could not ignore the historical evidences and decided to study the claim of genocide further and deeper! ”At the end, I realized how many Turks have been killed. How did so many Turks die? Because they were not in war… Already 2.5 -3 million Muslims have died in the war. The numbers forced me and I decided to study the issue deeper. I had no specific and definite reason to study the Armenians at first and I concentrated.